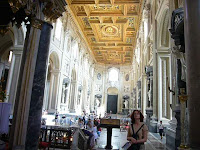 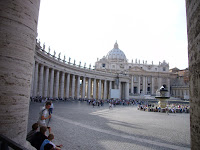 Analyzes governance and the politics of artistic production in Cuba. Combining analyses of films, rap songs, and insights into the nation's history and political economy, this work details forms of engagement with official institutions that have opened up as a result of changing relationships between state and society in the post-Soviet period.
Posted by स्वप्नदर्शी at 8:24 AM 2 comments: 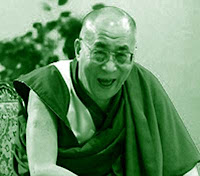 A Historian, a Poet & a Folk Singer Introduced Uttarakhand to Cornell Community 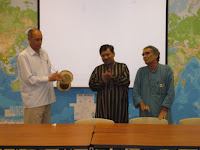 The three legends of Uttarakhand; historian Padma Shri Shekhar Pathak, Poet Girish Tiwari “Girda” and most famous folk-singer of all time Narendra Singh Negi visited upstate New York and presented the story of Uttarakhand Himalayas to Cornell community on August 1, 2007. This event was hosted by Cornell University South Asia Program under special summer seminar series.This one and half hour presentation was a summary of Askot-Arakot study tour conducted in 2004 by PAHAR (People's Association for Himalaya Area Research), an NGO founded by Shekhar Pathak.

The Askot-Arakot expedition was first attempted in 1974 and then repeated each decade to understand environmental and social changes in rural Uttarakhand, as well as to document oral history/folklores of the region. The lecture began with picturesque slides accompanied by Uttarakhand song by “Girda” describing the geography, spirituality associated with the region and his deep-rooted desire for development of Uttarakhand. Shekhar Pathak brilliantly captured all aspects of this beautiful Himalayan region and the people who inhabit it. He discussed continued exploitation of natural resources of this region since colonial era and their impact on Himalayan environment and consequences for global environment. He also pointed out the lack of vision/interest from political establishment to direct 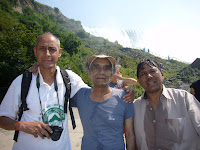 technological innovations /adaptations for supporting the way of life in hills.
The underdevelopment, poor resource management, lack of opportunities and civil amenities have led exodus of its people specially the men folks to plains of India. The women, children and elders left behind struggle and cope everyday, in rough terrains of the Himalayas with primitive means in 21st century.
This story of Uttarakhand depicts a common destiny of people living in similar geography in Indian subcontinents and probably elsewhere. This three fold disaster; 1) Fragility of Himalayas due to exploitation of natural resources, 2) Underdevelopment, lack of technology, opportunities, amenities, in hills, and 3) Migration of hill population are interrelated issues and demand alternatives. The lecture suggested need for sustainable development of the region by integrating judicious utilization of natural resources, creation of opportunities for local populations by adapting modern technology, tools and innovative agricultural practices and building infrastructure. He also recognized contribution of various individuals and groups working for betterment of the region and the socio-political struggle of the people which led to the formation of Uttarakhand as new state in India.
The existence of the Himalayas, one of the greatest heritages of mankind, very much depends on the survival and well being of its inhabitants who love this land, protected it from the greed of capital interests and have had long discourse with it,. The lecture was ended with a song of hope by Narendra Singh Negi, later joined by Girda and Shekhar Pathak asking for intervention by civil society in policy making and implementation for building better Uttarakhand.

It was not possible to categorize this lecture under a narrow discipline and likewise audiences were from the field as diverse as physics, bioinformatics, biotechnology, plant biology, anthropology, history, English etc and came of various parts of the globe. Among those was John Leavitt, a professor from Université de Montréal, who came all the way from Canada to meet his old friend Shekhar Pathak. John remembered his days in Mukteswar and Nainital with fondness. The trios also visited Niagara falls, and were overwhelmed to see gorgeous Ithaca and Cornell campus.
Posted by स्वप्नदर्शी at 7:07 PM 3 comments: 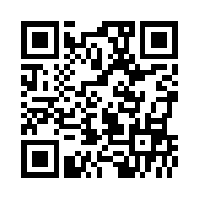